Seal oil provides a complete and physiological source of omega-3 fatty acids.
This is supported by the presence of the unique Omega-3 “DPA” (DocosaPentaenoic Acid) in seal oil that is absent or found in low levels in fish. DPA brings numerous health benefits by itself and serves as a reservoir for the synthesis of the other Omega-3 fatty acids EPA and DHA. Indeed, DPA can directly transforms into DHA as well as into EPA through retroconversion. DPA is the so-called “missing-link” in Omega-3 biology. DPA-Mega™ is certainly the most characterized and the highest quality omega-3 seal oil on the market.

The manufacturing of our omega-3 seal oil is in harmony with the upcycling concept and respect the marine ecosystem. It is manufactured according to strict quality controls and complies with the Good Manufacturing Practices.

The scientific literature has demonstrated the superiority of omega-3 seal oil over that of fish oil.

The chart below summarizes the key features. 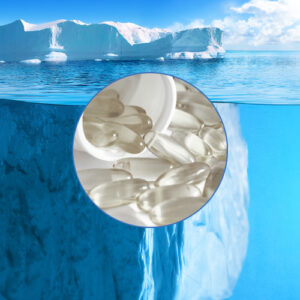 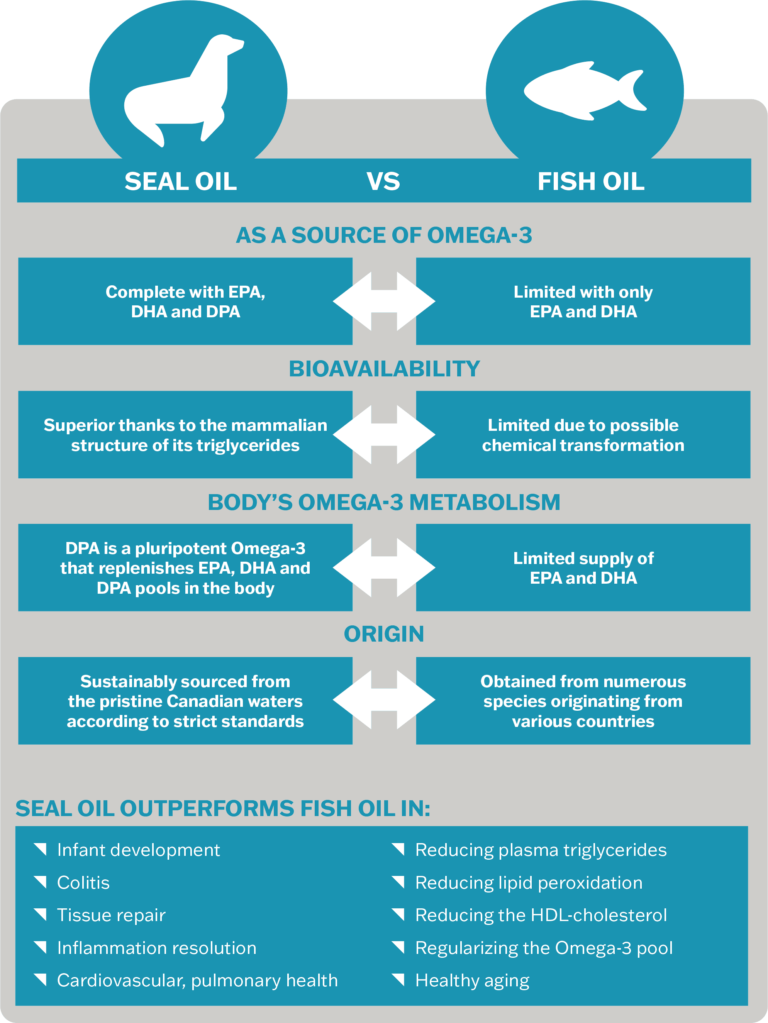